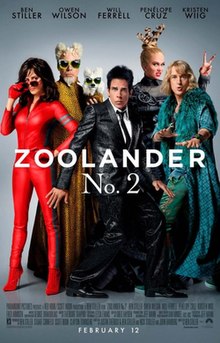 Zoolander 2 was a straight up corny, dumbly written, and not funny movie!!!

So Zoolander has decided to make a sequel after 15 years. Let me just say that I thought the first movie was ok at best. It had its funny moments and hilarious cameos, but honestly, it was too dumb for me, even for a comedy. With that said, it did become a success. The fact that it took this long to make a sequel could be a good thing or a bad thing. It’s good, cuz they are taking the time to make a good story, but it can be bad, cuz they might rush it just cuz the people are demanding a sequel. They have been announcing a sequel for the past 3 years or so since I can remember, and that didn’t help them. After seeing the trailer, I almost knew this movie will not be as good as the first one. Since I thought the first movie was ok, this was going to be bad. I was sort of right.

The So So: There was really nothing in between for this movie. It was either good or bad. At least it kept me attentive for more dumb things that happened in this movie.

What I Didn’t Like: Ben Stiller who not only acted as Derek Zoolander, but he also directed, and co-written the script. All his past interviews before this movie came out, he said they are taking their time to make a good script. After watching this movie, I honestly don’t believe that. The story of this movie was so dumb and with a cliched story of Zoolander going back to modeling after being a has been, and finding his son, but stumbles across a big evil plot. Not even Will Ferrell as Mugatu couldn’t even make this movie funny. From the first movie, we know that Zoolander was dumb, but this movie takes it to the next level of dumbness that it wasn’t funny anymore. The only reason I could think of for having Interpol in this story, is to see Penelope Cruz as Agent Valentina Valencia in red spandex. There might be some parts that are offensive too, like making fun of fat people for starters. The first movie at the very least had some charm with the story and character, but this one was just an annoying mess that nobody wants to clean up. All the dumbness and forced comedy just made it real corny, and I haven’t used that slang term in a while, but it is fitting to say in this movie.

Overall: This movie really lost all the good that was in the first Zoolander movie. It just became a corny mess. I would wait and watch it on Netflix to see the funny cameos, but for me, it will make me wonder how the heck they got these respected actors and musicians to cameo in such a dumb movie? That is a big mystery!!! 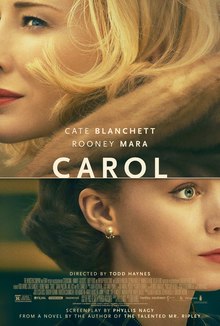 (Sidenote: Carol- This movie stars Rooney Mara and Cate Blanchett about homosexual love in America in the 50’s. Just like the movie The Danish Girl, I have to ask myself during this movie, why should I care of what’s going on. It was just boring for me seeing a relationship between two women developing. I give credit to the acting, but really that is all I can give credit for!!!
Rating: 2 Stars)

(Sidenote: Joy- I was on board to see this movie because director David O. Russell has made some great movies in the past featuring Jennifer Lawrence, Bradley Cooper, and Robert DeNiro. It was a rag to riches story about entrepreneur Joy Mangano, and all the troubles she endured to become a millionaire in selling house products that make life easier. The story was interesting to see, but the beginning started off very slow, and too me a while to see where this movie is going. I was also underwhelmed with Jennifer Lawrence performance as Joy. I expected something greater from her. Lastly, I thought this movie failed as a comedy, which is why I find this very potential movie so disappointing!!!
(Rating: 3 Stars)

(Sidenote: Love the Coopers- This movie had a great cast, and i thought at the very least this movie will be witty and feel good. But instead, it was boring, not funny, and so cliched. Cliched in a family has many different problems, all get together for Christmas dinner where their problems continue. Then an accident happens that brings them all together like one happy family. This was a waste of a great cast for a lethargic story!!!
Rating: 2 Stars)