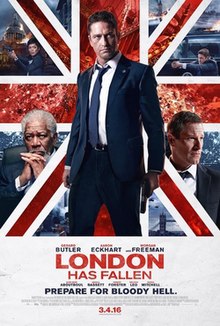 London Has Fallen may have better action than the first movie, but storywise, it made the same mistakes and cliches like the last movie to make this mediocre at best, and that’s unfortunate!!!

When Olympus Has Fallen came out, I thought this movie was going to be awesome. A political action thriller with some great actors. As I watched this movie, the action was decent, but the story was too bland and somewhat cliched. The dialogue in this movie makes a little childish in a R rated movie. The movie came out decent at best in my book, but it slightly disappointed me. Now that they made a sequel to this movie, I really thought it was an opportunity for them to redeem themselves. To learn from their mistakes, and come up with a better movie. In some ways they did, and in some ways it took a step back.

What I Like: New director, Babak Najafi really did a good job with the action. There may be some scenes with cheap CGI, but it was very minimal. The action made this movie very thrilling, and enjoyable to watch. The one scene where the President Benjamin Asher, played by Aaron Eckhart, was kidnapped, and secret service agent, Mike Banning played by Gerard Butler, teamed up with a ops team to infiltrate the area to rescue him. That whole war scene before they got in, was cinematic genius. It was like playing a game of Call of Duty. (Fans of the game will know and love this.) How it looked like it was all shot in one take really brings out the thrilling action, and made this fun to watch at the very least. I can honestly say, the action was better in this movie than its predecessor. Morgan Freeman playing Vice President Allan Trumbull was really great seeing him lead, and I always thought, Freeman would make a good candidate to run for President of the United States.

The So So: Clearly Butler and Eckhart have great chemistry together. Their relationship as President and his main Secret Service bodyguard showed a lot of authenticity. The thing is, and I blame more of the writing, there jokes during a time of crisis were really not appropriate given their situation. It is not an 80’s action movie anymore where that was cool. Though some lines were funny, most of the time, it had my eyes rolling.

What I Didn’t Like: The story of this movie was just disappointing. It tried to make up for it with its action, but it wasn’t good enough. The story, just like the first movie, filled with cliches, predictability, and nonsense really made this movie take a step back. I mean, can one guy really stop a whole army of terrorists? Let’s be real for a second. I like how the terrorists managed to kill all the world leaders, but failed to kill the President of the US. (Very convenient.) I knew the Prime Minister of Great Britain was murdered originally by the terrorists. Also, just like the last movie, it took one guy who was a mole in their agency, to coordinate the attack. Just like the last movie, their excuse is pretty lame, and really, only one guy had a lot of power to make these cops turn on their country. You would think one of them would have second thoughts, and tell the government what is going to happen? Also the whole thing that Banning has a pregnant wife, and is about to resign from his job, but in the end he changes his mind, really just made this story almost stupid with that major cliche. Given how recent events of the Paris attacks, this movie may have come at a bad time as well.

Overall: This movie may take a step forward in action, but a step back in their story that really lacked any depth. With these two movies, I always thought it had a lot of potential to be a good movie, but I come out shaking my head in disappointment by its mediocrity. It is what it is, but when it comes to political thrillers, I rather watch the show 24!!! 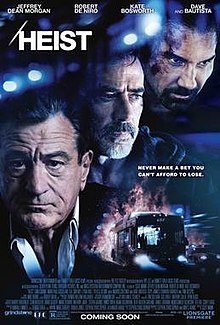 (Sidenote: Heist- This movie can be titled Bus 657. This movie starring Robert DeNiro, Jeffrey Dean Morgan, and Dave Bautista about a group of guys robbing a casino, and during their heist they hijack a bus. The movie may have its cliches which you already see in the movie Speed, but the twists and the acting really makes this movie good enough. It is entertaining to watch, and you won’t get bored at least!!!
Rating: 4 Stars)

(Sidenote: Scouts Guide to the Zombie Apocalypse- This movie really had its comedic moments, especially the first scene. However, the jokes got too crass for my liking, and given the very thin zombie story, it really wasn’t that good of a movie. The whole zombie genre is getting very old for me, and if nothing refreshing comes soon, this genre may be obsolete!!!
Rating: 2.5 Stars) 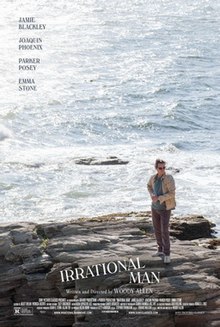 (Sidenote: Irrational Man- With a film by Woody Allen, you get a lot of dialogue talking about life with a major problem to solve. A philosophy professor, played by Joaquin Phoenix, who is having an existentialism crisis (google it if you don’t understand), and becomes a wreck. He starts a relationship with a student, played by Emma Watson, which helps him with his crisis. The movie starts off very boring with all that philosophy mumbo jumbo, but the movie did take an interesting turn in the end. With that said, it wasn’t good enough to really enjoy this movie. I can honestly say, I’m not a big fan of Woody Allen movies!!!
Rating: 2.5 Stars)