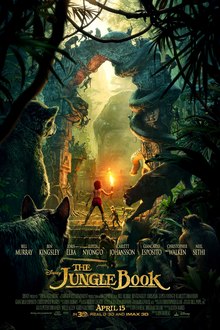 The Jungle Book is a beautifully crafted remake of a classic tale, though not everything that I expected, it’s a fun movie for the whole family to watch!!!

I believe my first movie theater experience was a remastered version of the 1967 Disney classic The Jungle Book. I was 5 years old when my dad took me to watch this movie. It was a history making moment for me and the start of my love for movies. One thing is for sure, I will always cherish this movie as my first theater experience and some of the first songs that I remember humming along to. When I started to see the trailers for this new remake of this classic tale, my inner child was excited and I knew I had to go see it. I also knew that this version will be fun to watch especially with Jon Favreau directing it. I’m happy to say it did not disappoint whatsoever.

Director Jon Favreau has created another beautiful masterpiece. The way he mixed CGI animals and real life footage as well as the cinematography of the jungle, it all combined into breathtaking visuals. I knew he was a good director after directing the first two Iron Man movies, but with this movie, he took his movie making talent to a whole new level. It’s getting to a point where whatever Favreau is in, I have to watch it. I give some extra points for their minor homage to the movie The Lion King with that stampede scene (only no deaths). As far as the voice casting goes, there were some perfect cast choices. I thought Idris Elba voicing the villain tiger, Shere Khan, was perfect for the role. He brought in a stern and authoritative voice that was perfect for the character. I also thought Ben Kingsley as the panther Bagheera was also perfect. He definitely established his presences as a leader and was the voice of reason to everyone. I remember when I heard Bill Murray’s voice as Baloo the bear in the trailers and I thought that he was miscast in the movie. I didn’t think I was going to like his voice in the movie, but in the end, he provided the comic relief with a relatable character. Having Scarlett Johansson as Kaa the python was a great risk, but with this voice cast it worked. Putting in a woman’s voice and making it sound very creepy was very unique and perfect for the scene that was appropriate. Even Christopher Walken as King Louie the monkey (or gorilla cuz he seemed too big for a monkey) was fun to watch. I believe this movie is fun for the whole family to come, watch and enjoy. It may be a little too scary for kids under five years old, but other than that, bring your family to enjoy this classic and visionary story.

Neel Sethi played the role of the human in Mowgli. It’s tough to get some superb acting from kids his age and hearing him was a little annoying. I can honestly compare him to Jake Lloyd as Anakin Skywalker in Star Wars Episode I- The Phantom Menace. It was in that level of child acting. With that said, this kid really had to do a lot of physical work in his role as Mowgli. He needed to climb, run, swim, everything that a kid raised in the jungle had to do. It must have been very exhausting for him and I’ll give him the benefit of the doubt in that regard.

I remember the story of the 1967 movie like the back of my hand. The movie did use a lot of the classic scenes from the old movie, but left off probably one of my favorite and most powerful scenes from the old movie. That scene was at the end where Mowgli meets a human girl and ends up going with her to the man village. In the end of this movie, Mowgli stays with the wolfpack after getting rid of Shere Khan. That left me a little unsatisfied and was probably done on purpose to set up for a sequel. Also, the movie didn’t quite explain why Shere Khan wants to kill Mowgli and why it took him so long for him to finally threaten to attack him when he grew up to be a strong boy. I thought that was a little underwritten. Last, I strongly believe Bill Murray and Christopher Walken can’t sing and kind of butchered the classic songs. (Though I do give credit to Scarlett Johansson’s singing voice in the “Trust In Me.”)

I thought this movie was beautifully created for all of us; to enjoy for the kids and reminisce for the adults. It is a perfect family movie. Just the graphics alone will leave you in awe. For me, it did just that and that puts a nice smile on me!!! 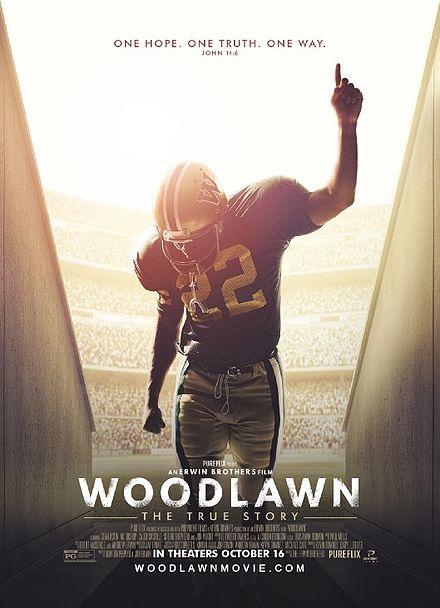 (Sidenote: Woodlawn- This is another Christian movie that deals not only with people struggling their faith in God, but also with race relations of the early 70’s in the south. The movie started off with a lot of potential and reminded me of the movie Facing the Giants, only with better acting. However, in the end, it seemed they lost focus about the race relations and focused more on religion and football which is an odd combination. Once the conclusion happened I thought it was really underwhelming with a not so clear message for us to learn!!!
Rating: 3.5 Stars)