Bad Santa 2 (Sidenotes: A Hologram for the King and The Huntsman: Winter’s War) 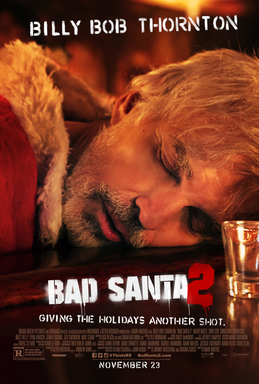 Bad Santa 2 had some laughs, but when the crude humor overtook the heart that the first film had, it lost its luster!!!

I remember when the first Bad Santa movie came out. It was an interesting take on mall Santas, and seeing Billy Bob Thornton pretty much playing a version of himself was amusing to watch. It is an interesting film, but I thought the comedy was too crude for my liking. Would I consider myself a Christmas purist, no but I do respect the sanctity of it, and I thought in the end it was inappropriate. Needless to say, I didn’t find it that funny. Now this film has got into a pattern like other films with unnecessary sequels. Not only did this sequel came out years after the original, but how could they come up with a better story of bad mall Santas. I was a skeptic going in, and it proved my skepticism was right.

What I Like: This film still had humor like its predecessor. They pretty much brought back all the main characters from the last film except Bernie Mac (may he RIP). I laughed at a few scenes and lines and that was the only thing that kept me watching. It was also amusing to see the chemistry between Willie Soke, played by Billy Bob Thornton, and his mother, Sunny Soke played by Kathy Bates. It does give a great understanding of Willie’s character and why he is the way he is, because his mom is just as bad.

The So So: Nothing really in between, just good or bad, or on this case, naughty or nice.

What I Didn’t Like: It is pretty much the same story as the first film. Guys get back together to do a heist in their Santa and elf suit. Only difference is, it’s in the city of Chicago and stealing from a charity headquarters. Willie still plays his drunk self without a care in the world. Providing so many crude moments that really makes you think something is really wrong with him. The first film had a lot of heart when it comes to the Christmas spirit in an ironic way. In this film the raunchiness just really overtook any heart and emotion it had left. So really, this film became worse than a stoner flick.

Overall: I may have laughed a few times, but in the end, it is a sequel that is not necessary. For it to take 13 years to make, you would think they could come up with a better story. Regardless, it is not worth that much of your time!!! 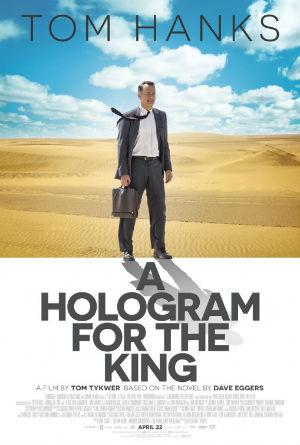 (Sidenote: A Hologram for the King- This film stars Tom Hanks as a struggling technology businessman who goes to Saudi Arabia to not only make a presentation to the king with their latest technology, but strike a deal that will preserve his job. I found it interesting seeing Tom Hanks’ character getting used to the culture and environment of Saudi Arabia, and interacting with other people and solving his own personal crisis. However, once I finished watching it, I had to ask myself, what was the real point of this film? Was it interesting, yes, was it fulfilling, can’t say yes. With that said, it does give you a good outlook and insight on the country of Saudi Arabia. That is if you see it as a documentary!!!
Rating: 3.5 Stars) 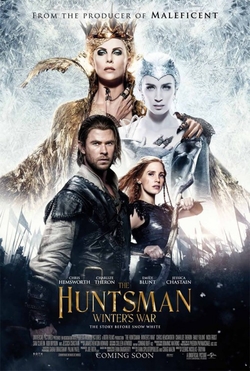 (Sidenote: The Huntsman: Winter’s War- Another unnecessary sequel, or prequel, or whatever they tried to do with this film. It deals with what happened before its predecessor Snow White and the Huntsman and then what happened after that film. I didn’t really like the first film, and I thought this film took a big step back with its action and CGI. Let alone, with its great cast, the characters seemed flat and uninspiring. Especially Jessica Chastain, probably her worst acting role that I have ever seen. The story was dumb, and they really need to keep these classic stories as is, because now the new versions of these stories are really ruining my childhood that Disney created so happily for me!!!
Rating: 2 Stars)