The Fate of the Furious (Sidenotes: I’m Not Ashamed and Keeping Up with the Joneses) 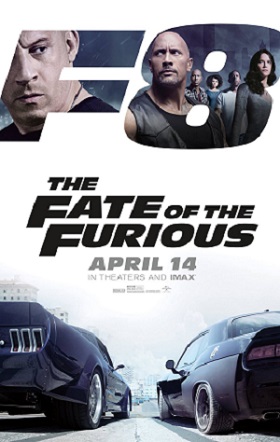 The Fate of the Furious continues with their outrageous action with cars and what not, but I believe it is starting to wear out its welcome!!!

-It continues with what you expect, outrageous action, funny quips, and great acting chemistry between all the characters we all come to love
-Seeing all the new state of the art street cars is always fun to watch
-The race at the beginning in Cuba was very entertaining to watch
-The surprising cameos will put a smile on your face

-The whole ordeal on why the character of Dom Toretto going against his team was a little underwhelming for me, and made the story more subpar than usual which affects its intriguing premise
-The ending of it really have you questioning about the team’s ethics in life (you’ll see what I mean, when you watch it)

-When you do too much of these movies, it starts to get redundant
-The twists in the end were not surprising to me, because I could see it coming from a mile away
-Some scenes were too goofy for me to take it seriously, and that is really saying something for this franchise

Fans of this franchise will still love it and have fun watching it. For me, it was entertaining enough to see how over the top they can get, but it’s starting to be the same old thing. Because of that, it is starting to get really predictable. For these films to continue to be successful, they need to change their strategy, like they did with Fast 5. Though honestly, they should’ve ended it for good with Furious 7. 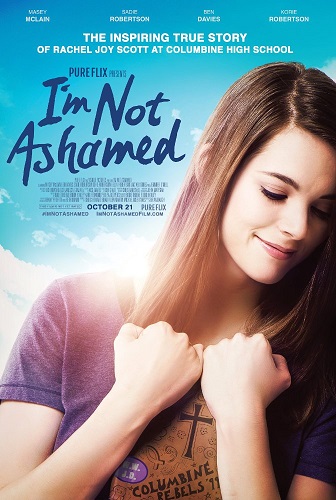 (Sidenote: I’m Not Ashamed- This Christian movie was a little uneven for my liking. The lack of transitions really didn’t flow well and made it a bit clunky. With that said, it did have it’s powerful moment in understanding the main character’s struggle which led up to it’s powerful moment being a victim in the Columbine school shoot out. Just wish it flowed better to make this powerfully entertaining!!!
Rating 3 Stars)

(Sidenote: Keeping Up with the Joneses- This action comedy was a huge cliche for action comedies. Worst of it all, it wasn’t even that funny. The pacing I give it credit, but that’s because I was waiting for it to be over!!!
Rating: 2.5 Stars)