Free Fire is a fun movie, though it can be sporadic at times, it’s still entertaining nonetheless!!!

-The story was simple, yet very effective
-The standoff reminded me of a Quinton Tarantino-ish type of action scene
-The cast was perfect in their roles
-Witty lines that gets you laughing

-During the standoffs and shootouts, it can get confusing on what is going on. With that said, it does spark your entertainment with your confusion, especially with bullets flying around

-In the tail end of the film, the dialogue wore out it’s welcome, and you just want it to finish
-All these shooters have bad shots like Storm Troopers

This film is pure fun with a simple story, and short enough that it doesn’t lag too much. If you love Quinton Tarantino movie’s, you will enjoy it. The cast really does well in their roles, and you can just sit back and relax, and see what happens!!! 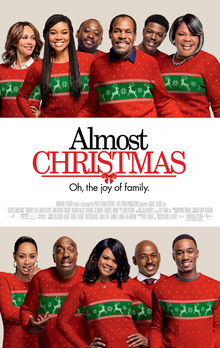 (Sidenote: Almost Christmas- You would think a strong cast like this film would be decent at least, but it was just a typical holiday family drama movie that pretty much reminds me of the film This Christmas, only without the soul train line dancing. It did have some emotional moments, but I thought the comedy felt forced as well. It didn’t really bring the holiday spirit for, just bad memories!!!
Rating: 2.5 Stars)

(Sidenote: Miss Peregrine’s Home for Peculiar Children- The story had some good thought into it, and Tim Burton fans will get what they ask for. However, it reminded me a lot of the X-men story line so for me it brought nothing new to the table. Some of the CGI graphics look cheap, and Samuel L. Jackson playing the villain was very creepy. All in all, it was nothing new for me, but I wasn’t bored!!!
Rating: 3 Stars)

(Sidenote: Billy Lynn’s Long Halftime Walk- I get what And Lee try to do new with a faster frame rate while filming, and for a lot of the scenes it worked very well. I just thought that the type of movie he filmed it with wasn’t the right one. I thought there was going to be more war action, but it was a drama for the most part. Acting was cool, but I thought the story was a little too dramatic for my liking. I give credit for what And Lee’s direction style, but he should’ve saved it for a film with more action!!!
Rating: 3 Stars)

(Sidenote: Queen of Katwe- This was a well acted and interesting drama about a girl from Uganda becoming a chess champion. I was getting into the story at the beginning, but it did bring the Disney cliches on any underdog story they do. Also, it’s kind of hard making the game of chess, very thrilling. Though, I did enjoy it of the most part, and can be inspirational for some people!!!
Rating: 3.5 Stars)

(Sidenote: Bridget Jones Baby- (Editor’s Note: This is my last Sidenote film of 2016) I’m not a fan of these films, but I did kind of enjoy the different angle the story for this film approached. You still get the same old Bridget Jones’s comedy that people love (not me), but it somewhat interesting to see what will happen. Needless to say, I didn’t like how it ended, but that’s just me!!!
Rating: 3 Stars)