As I said in my Long Overdue Best Movies of 2016, this year has been a year of mediocrity. With that said, there are still some bad films that stood out for me. So let’s get started with this bad list of films of 2016.

The title should be a huge red flag. They really tried to mix a literary book (which is boring to begin with) and add zombies to the mix. It is very obscure with a story that really didn’t make sense whatsoever. The action was very weak for a zombie movie. This film really made me question the zombie genre and if it is near its end. Who knows?

Didn’t like the first film, and this one was even worse. Here is what I was saying while watching this film, “Zzzzzzzz.” The acting was horrendous, even with Jessica Chastain in this, they made her boring and without any shred of charisma. These types of Disney movies make you want to shake your head. Just follow the formula like they did with Beauty and the Beast, and people will like it. Stop reinventing the wheel!!!

I’m really starting to get tired of these Terrence Malick’s films. Yes I understand he goes for the artful approach, I understand that, but that is no excuse for his films to be so boring. A waste of a solid cast, and a story that seemed to lack purpose. Most likely my least favorite with this director!!! 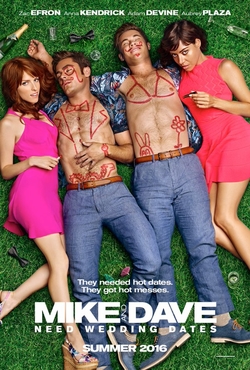 I expect to laugh in a comedy. With Zac Efron at the helm (all he really does is look good), and with Adam Devine always yelling at someone, I didn’t even chuckle one bit. Not even the beautiful Aubrey Plaza’s quirkiness and the charm of Anna Kendrick couldn’t save this free fall of a comedy. An ending so dumb that I wanted to throw my drink at the screen!!!

I wanted to like this comedy. I mean it’s been a while since Mike Epps did something. However, he decided to take a page out of Marlon Wayan’s book and did a parody on The Purge films. The humor was downright dumb and at times offensive. The murder scenes were just terrible, even for a comedy. They really made a chainsaw sound uninteresting. I know Mike Epps can do better, come on bro!!!

When you think of apocalyptic films what do you think? Maybe zombies, barren wastelands, monsters of some kind, heck, maybe a somewhat decent society in a middle of a barren wasteland. For this apocalyptic film, it had none of that. They really went for more of a psychological thriller in a high-rise building. Not only was it boring at times, but at the end, it left me with unanswered questions and no conclusion whatsoever. I hate it when movies do that, it’s just lazy writing to me!!!

I was intrigued by what this film has to offer. I expected something unique and cool to watch. A creative and different take on the life of Jesus as a child. Instead, I believe they went too far with their freedoms about a young Jesus. He was already a protector and performing miracles as a child? Let alone how boring this film was. It really left a bad taste in my mouth, and I just want to forget that this film ever existed!!! 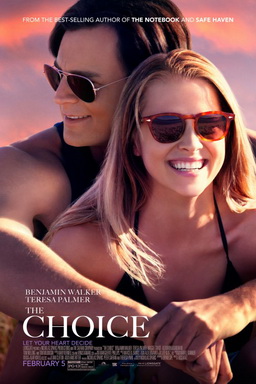 One reason why I’m not a big fan of romantic movies is because how cheesy they are. This film is so cheesy that I had a craving for nachos. It also had so many cliches, especially with the love triangle. I mean really a love triangle, how many times does a protagonist has to choose between two people. I’m just getting tired of that plot line. Throughout this whole ordeal, I just had my eyes rolling so hard, people thought I was possessed!!!

A great cast, and that’s about it. I didn’t understand the main point of this film. I thought the story was underdeveloped, lacked any climax, let alone a conclusion, and for a comedy, I was yawning the whole time. At the end, I was mad, because it had a lot of potential, and didn’t meet even one of my expectations. That’s a shame if you ask me!!!

There are many red flags to this film from the start. First off, it is a parody from the king of bad parodies, Marlon Wayans. His films have become dumber and dumber by the film that it made White Chicks look like a good film. Every film all you hear is Marlon Wayans yelling like a lunatic that people avoid in the streets. The second red flag is from a movie that made it to My Long Overdue Top 10 Worst Movies of 2015. I just don’t understand the big fuss on Fifty Shades of Grey. To me, it is a horrible excuse for people to watch erotic sex. Put these two together, you get the worst movie of the year for 2016. In a year of mediocrity, you have become the worst. Congratulations, I guess!!!

Thank you all for reading. Be on the look out for The Real Awards coming soon!!!