Death Wish (Same Kind of Different as Me)

Death Wish is just like the original, pure vigilante violence, and really no main point whatsoever!!!

-The only credit I give to this remake and Eli Roth is that they up the ante on violence and gore (that car scene, eesh), and made it to the times of today which kind of made it more interesting

-Bruce Willis was cool and cold blooded as Paul Kersey, but it seemed at times where he was just phoning it in like he wanted to get it over with

-It reminded me a lot of the original film, yes they changed some minor details here and there and paid some homages, but it really didn’t bring anything new, and just like the original it preaches about vigilantism, but with no real point to the story at the end, I actually expected better

I didn’t think the original Death Wish was that good, and this remake wasn’t that much better. It was all the same, except with more violence and in today’s time. Yes a remake can’t be that original, but it had to make something quite different for people to care. I don’t even think it was that nostalgic either except for the final scene which instead made my eyes roll. I expected better, and that created its downfall for me!!! 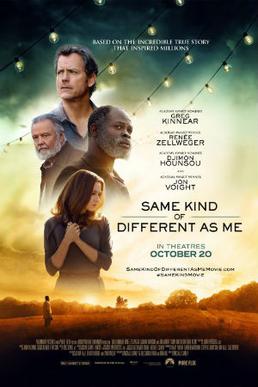 (Sidenote: Same Kind of Different as Me- This story was a really interesting story at the beginning about judgement, service, love, and forgiveness. Defintely not your typical Christian type of movie with a great acting cast. However, in the third act, I felt it was rushed to a conclusion which lacks emotional depth, and left me with some more questions about Denver and Ron!!!
Rating: 3 Stars)