Super Troopers 2 is so stupid, it’s funny, enough laughs to make this tolerable to watch!!!

-Some of the jokes and gags were actually funny, it had me laughing, all the Canadian jokes had me chuckling, and seeing Trooper Farva, played by Kevin Heffernan, getting shocked actually had me rolling, there is a lot of moments that has me laughing
-The writing was actually smart, and I can’t believe I said that

-You get these type of comedies where it is so stupid that it is funny, mainly because of the stupidness, and because of that, I know fans of the original will love it as well, stoner movie at its finest

-This started really slow for me at the beginning, I really thought this will be a terrible comedy from the beginning alone
-There are some stupid moments where it was just, stupid

There was no business for me to give this movie a chance, and I was almost right at the beginning. However, the stupidness started to warm up to me where it had some funny moments. It is no different than the first film, so fans (mainly stoners) will love it. It exceeded my expectations, and that is surprising for my standards!!! 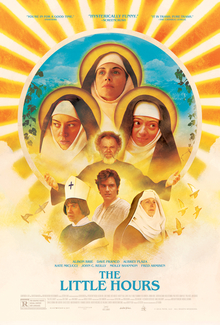 (Sideote: The Little Hours- This was a weird comedy starring the beautiful Aubrey Plaza, John C. Reilly, and Dave Franco about nuns during the 1500s. What’s interesting is that it is set in the 1500s but still speaking in today’s vernacular. It is a comedy pretty much making fun of nuns and Catholicism, but I really didn’t get the main point. Yes, it has some funny moments, but a comedy without a point really doesn’t make it that good!!!
Rating: 2.5 Stars) 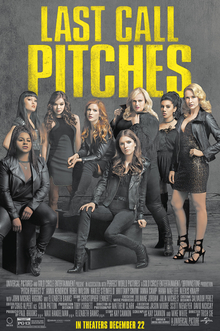 (Sidenote: Pitch Perfect 3- This is a real example of where movies need to quit, and stop making sequels to make more money. If you just want to see a cappella performances than yes you get that. Other than that, the comedy gets old real quick, super super thin storyline, and John Lithgow with a terrible Australian accent. I enjoyed the first film, but it gets worse and worse each time. So it needs to stop, please!!!
Rating: 2.5 Stars)