Check out our latest podcast episode of Real Movie News and Reviews, as we talk with SPOILERS on Avengers: Endgame, click on the link below, and please look for us on iTunes and subscribe, rate, and review the podcast!!!

Avengers: Endgame is a masterpiece, you will be entertained by the action, laugh with the comedy, and maybe even cry with the emotions!!!

-This is some of the best writing I have ever seen, the way they intertwined all 22 films together, and create an epic film that did not disappoint whatever
-The action was extraordinary, that last battle practically  had me in tears of how beautiful it was
-The comedy as usual was hilarious, typical Marvel humor
-It does tug you at the feels, the way things went down, you are not human if you don’t have a tear in your eye

-I still found some minor plot holes, but in the end, it didn’t matter cuz the film is enjoyable to make you forget about it, I’m scared to see it again, cuz now the plot holes will make me nitpick

Absolutely nothing, it was a Marvel Masterpiece

I have decided not to write or blog this film with SPOILERS. One, because there were so many great moments that would be too much to write. Two, for those who haven’t watched it, I want you all to watch it and be as entertained as I was. It is the one and only way to really love this film as much as I did. Granted, my podcast show on this film we will be talking about it in depth with SPOILERS and all so consider your self warned. As I said this is a masterpiece that will toggle all of your senses, and it really is what a Marvel movie should be, and what it is all about!!! 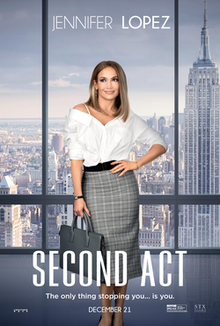 (Sidenote: Second Act- This film which was well acted by the beautiful Jennifer Lopez actually had more substance that it should. I did appreciate the message it brings, but I believe it could’ve been written with more power in the moments it brings. Also it can be slightly predictable as well. It was better than what I expected at least!!!
Real Rating: 3 Stars)