The Sun Is Also a Star (Sidenote: Destroyer) 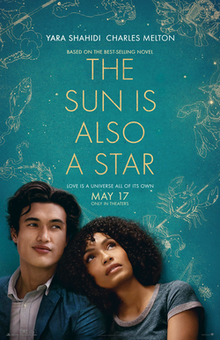 The Sun Is Also a Star may have their nauseating romantic tropes, but I appreciate the philosophical approach in dealing with different ideologies when it comes to starting a relationship!!!

-I enjoyed seeing two different ideologies trying to come together, I enjoyed the philosophical approach in talking about fate and destiny, and how it is important in figuring it out when it comes to starting a relationship, it is interesting
-The cinematography of the city of New York City is awesome to see

-The conclusion is not your typical ending for a romance movie, but I liked how it gives you one ending, but continues in the future which kind of make sense, yet, still eye rolling for me

-It still follows the nauseating romance ropes, especially the karaoke scene, so a lot of eye rolling has happened where I looked like I was under a spell or something

It was better than what I expected, but still a sort of nauseating romance type of movie. I enjoyed the philosophy it tries to preach especially in starting a relationship. So it does have an interesting touch that can make you think. So yes, it can be a good date movie that you won’t get too annoyed to!!! 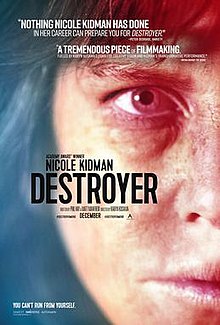 (Sidenote: Destroyer- They really made Nicole Kidman really ugly in this film, but her acting was pretty solid. It is a gritty film about a detective avenging her past demons. It is interesting, but I felt that the lack of transitions really made it go all over the place which makes it hard to follow. The payoff in the end really gave me mixed feelings and debating whether it is a good ending or not!!!
Real Rating: 3 Stars)