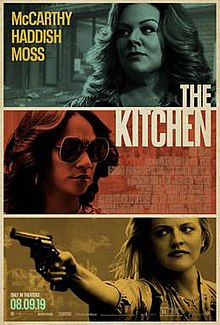 The Kitchen is a well acted and well executed mob film, it does follow familiar tropes, but I wasn’t bored!!!

-What really made this film good to watch was the acting, most notably Tiffany Haddish and Melissa McCarthy as playing Irish mob gangsters taking place of their husbands who went to jail, Haddish playing a serious role was surprisingly good and I felt her intensity, while with McCarthy you definitely sympathized with her in what she is going through and why you agree in her decisions she makes

-The story does follow a lot of the mob movie tropes, I get that, but the execution of the story where it went straight to the point and the way it goes down was very interesting and enjoyable to see, I guess I’m a sucker for mob movies, but I did enjoy it especially with the three ladies running things

-The twist at the end didn’t make too much sense to me, not so bad that it affected the movie, but really pointless

I really did enjoy this mob movie. Mainly because of their three women leads that really held the story together, and executed well. Yes, it may be a story we already seen, but I wasn’t bored at all. Instead, I sat back and enjoyed what it had to offer!!! 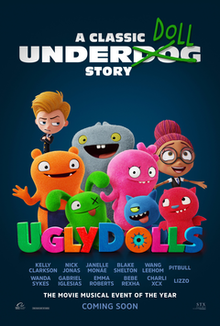 (Sidenote: UglyDolls- The thought for this story is a very good thought of accepting who you are, and bullying. With that said, the movie was just an animated kids movie cliched mess. Really the only thing that is real ugly is the story, and hearing musicians voice acting!!!
Real Rating: 2.5 Stars)