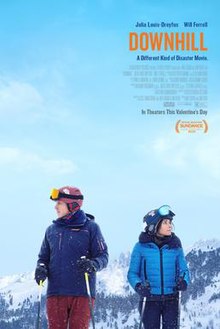 Downhill is an awkward bore, yes they made it possible to make it that way!!!

-Pretty much the only bright spot in this film was the acting by Julia Louis-Dreyfus, I thought her emotions were expressed very authentically and good to see

-The story had a lot of potential, I knew going in it was going to be a dramedy, and the setup was rushed, but pretty good, but the execution the rest of the way just fell way too flat

-Once it fell flat it was all downhill (pun intended), it was just too awkward and boring, the chemistry between Will Ferrell and Dreyfus did not feel genuine enough to earn the ending it did, it left me very unsatisfied

As I said before, the premise of the story started off interestingly good and then it was an avalanche after that. It was just an unmerited awkwardness that wasn’t really that funny, and in the end, it was just straight up boring. It’s too bad really, and a wasted role for Julia Louis-Dreyfus, who doesn’t do movie roles often, and probably be a while after this slog!!! 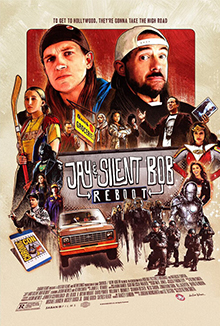 (Sidenote: Jay and Silent Bob Reboot- Some movies that Kevin Smith does are either really good or really bad. Add this to the really bad column. It just seems that this film was just made for fan service with bringing back gags from before, and crazy cameos that sometimes feels forced. Overall, it really wasn’t that funny to me, and I actually expected better from Kevin Smith. So in a way, it was really disappointing to me!!!
Real Rating: 2.5 Stars)