The Hunt (Sidenote: The Aeronauts) 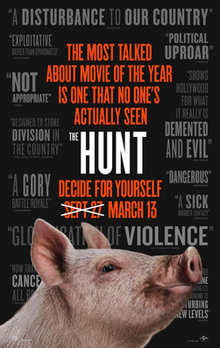 The Hunt really tries hard to be a political satire, but it would’ve been better if it was just an old bloody black comedy!!!

-The gas station scene was interesting, though I knew what was going to happen, the way that scene was executed was great, probably my favorite scene, predictable yet satisfying

-Once the bloody action calms down, that is when the story kicks in, and here where it starts to have identity issues, I liked the bloody entertainment at first, but it calms down and never comes back really, instead they really double down on the political satire aspect which really wasn’t effective enough, they just played to the character’s stereotypes with no real development, and really affected the true purpose of this film
-The direction of the story just really made it all way too confusing, when things are being revealed, it left me with more questions, and hate that it ended with a conclusion that left me confused

I really just thought it would’ve been better if it was just a black comedy with bloody violence like the beginning of this film. Once they went to the political satire route, it just didn’t do it for me. It just left me with more questions, than true powerful satirical answers. The lack of blending things together really drops it from being an ok to decent movie to not good to maybe ok. It literally shot itself in the foot with that change of tone!!! 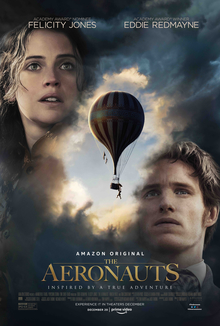 (Sidenote: The Aeronauts- I found this film interesting in seeing how scientists risk themselves to prove they can predict weather by flying a hot air ballon. There are some thrilling scenes that can raise your anxiety levels, especially if you’re afraid of heights. With that said, the way the story was formed, kind of made flat at times, and really wants you to go back to the balloons scenes. Fun thrilling movie nonetheless!!!
Real Rating 3.5 Stars)