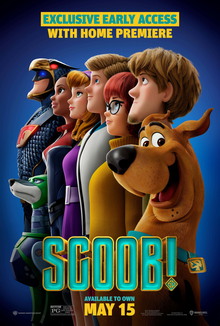 Scoob! may have the great animation and comedy, but it doesn’t have the essence of a true Scooby-Doo story!!!

-The animation is stupendous for sure, kind of wish it was in theaters to see it in 3D, the characters were animated with authenticity, and did capture the character’s essence at least
-The comedy was actually pretty funny, not too juvenile, but light enough for everyone watching can enjoy, the voice cast for the most part is great
-The soundtrack does give the Scooby-Doo franchise a breathe of fresh air

-I’m really glad that they tried to add some Latino representation with the character of Velma voiced by the beautiful Gina Rodriguez, with that said, I felt this type of representation was very forced in, I mean the character is named Velma Dinkley, and she only said one word in Spanish which just didn’t seem genuine enough, I would’ve been ok if they just left it how it is

-I was asking myself is this really a Scooby-Doo movie? Truth be told, it really isn’t, it wasn’t a mystery solving type of story, instead, it was a cliched saving the world from the apocalypse by stopping a villain type of ordeal, and because of that, the essence of a Scooby-Doo story was nonexistence
-I was hoping for more of an origin story not only between Shaggy and Scooby, but with the whole mystery solving gang coming together, but instead, that whole origin story thing was greatly rushed

For an animated film for the family, it is pretty good with its animation and comedy. However, as a Scooby-Doo movie, it really is not. It really lost its touch on what a true Scooby-Doo story is, and that is greatly disappointing. All in all, in the end, with Scooby-Doo aside, it is a decent action animated movie that is greatly cliched!!! 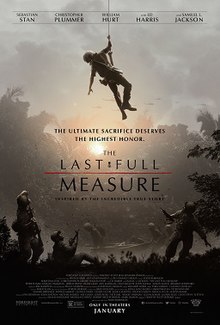 (Sidenote: The Last Full Measure – I did expect a lot more war battle scenes, but I understood what the story is all about. It can be inspiring for a soldier that is greatly deserving of a high honor, but I want to see more of what happened during that bloody day in the Vietnam War. Instead, it was more of a political drama which can drag the film a lot!!!
Real Rating: 3.5 Medals of Honor)