Office Christmas Party (Sidenote: Me Before You) 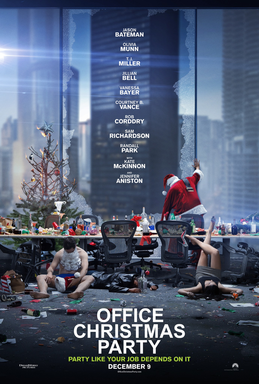 Office Christmas Party really tried to be like Animal House, only a lot less funny!!!

One kind of film that is occasionally good is a big party film. The first one I saw in that regard is House Party, and it inspired me to actually do a house party in high school (which failed epically). Of course, the most well-known party movie is Animal House. When I got the chance to watch, it was actually fun and entertaining to watch, and got me excited for college. While watching it, I knew at that time it was unique, hilarious, and at times thought provoking. Nowadays, these party films are getting too crude. With that said, I really enjoyed Project X for bringing in the party genre of today. I thought Office Christmas Party is a unique take for a party movie with a great comedy cast. I wasn’t expecting a great story, but I was hoping to laugh a lot. Unfortunately, I was wrong.

What I Like: I thought the chemistry between all the comedy actors were pretty good. You had Jason Bateman, T. J. Miller, Rob Corddry, and Jennifer Aniston. They actually worked well with each other, and actually showed that they were having fun making this film. Seeing T. J. Miller hosting the party was fun, and he was almost a natural in that regard. If I ever see him at a party, I will prepare for epicness for sure. They had some funny one liners that had me chuckling, and some of the antics were pretty hilarious.

The So So: There was a romantic part, but between two unlikely characters. I thought Jason Bateman and Olivia Munn were an awkward pairing. It felt like their hook up was forced, and their kissing scene looked awkward to me. With that said, their acting chemistry was actually a bright spot in the film’s messy plot. Once you move past the awkwardness, it is actually interesting to watch these people try to save their company during the party.

What I Didn’t Like: They try to do too much for the story. From saving their company from closing down, breaking and mending friendships, dealing with depression and failure, and having a huge Christmas party in your office while all of this was going on. It was a big mess. Not only that, the actors may have some comedy chemistry, but the comedy was not really that funny for the most part of the movie. It was too much slapstick and crudeness for me to really sit back and relax. They really try hard to be the next Animal House, but epically fail. It has potential, but it will be forgettable when it’s all said and done.

Overall: You may find some bright spots in the comedy of the film, but in the end, it wasn’t that great. If only my Christmas Party at my job would be that epic, but I doubt it. I guess it will be eggnog and Christmas cookies for me which sounds better than watching this film again!!! 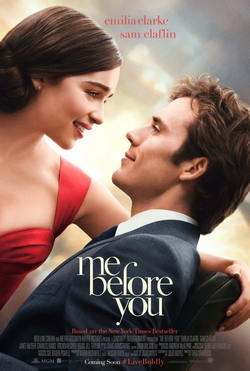 (Sidenote: Me Before You- A romance film where you have a caretaker falling in love with a paraplegic. As weird as that sounds, it was interesting to watch at first seeing their romantic relationship develop. However, I thought the story felt rushed, and was very cliché. Even the most hopeless romantic would find this film very cheesy and forced!!!
Rating: 2.5 Stars)