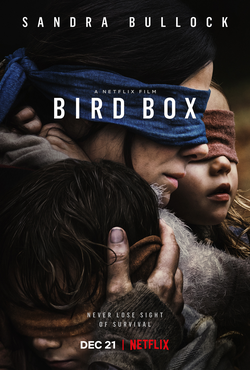 Bird Box had a very interesting premise with strong acting, but I was willing to forgive the cliches, but I can’t forgive the underwhelming conclusion!!!

-The story was very interesting for a supernatural suspense, it kept me engaged throughout the film, and it relied on creepy tension instead of jump scares
-There was strong acting, most notably, Sandra Bullock who really takes the stage and adds powerful moments, including some emotional scenes that brings out a lot of heart

-As the story progresses, it does follow some cliches, like trusting other people, or people being jerks instead of being in a team to survive, or also how the last people standing does whatever it takes to survive, but even with the cliches, everything had a point and with some meaning, so I’m willing to forgive that

-The ending was very underwhelming which made it from a good movie, to a decent to ok movie

-The reason why the conclusion was so underwhelming for me, it’s because it lacked in any explanation on what really happened in the world, all it shows is them surviving, and that’s it, I wished they showed the entity that is making people commit suicide, it lacked a lot of things that didn’t fulfill my curiosity, and that made it a downer for me

It is one of the cases where I was intrigued from beginning to end with the story. It wasn’t boring whatsoever. The strong acting, and the execution really heightened my curiosity in what is going to happen and why. Unfortunately, the conclusion is really underwhelming with out answering the questions I had. It’s disappointing really, and it is a huge difference from making to a good movie, from a mediocre movie!!! 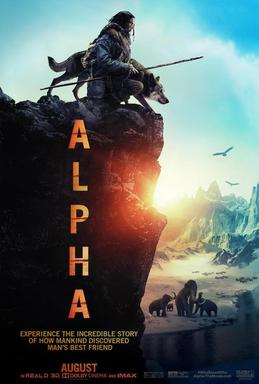 (Sidenote: Alpha- This is a survivor story of a teenage boy in the Ice Age trying to survive after an accident left him nearly dead. During his enduring adventure he befriends a wolf, and together they trudge along to get home. It is intense, but it wasn’t no The Revenant intensity. Regardless it is still a good watch, and enjoy the cinematography which is awesome!!!
Rating: 4 Stars)