6 Underground is what you make of Michael bay films, great action that can be outrageous just like the story with it, at least Ryan Reynolds’ charisma makes it fun!!!

-The outrageous action does make it a lot of fun, and can we expect less from director Michael Bay, the car chase scene at beginning, and the magnet yacht scene (watch the movie to understand) was amusing and cool at the same time
-Ryan Reynolds playing the protagonist was also a lot of fun, his charisma alone makes it entertaining, pretty much it’s Deadpool let loose again in this film, and that is not a bad thing

-As usual with Michael bay films, the story was not great, it was too convoluted with it’s different characters, and with the fast pacing, it is hard to keep up, Bay really needs to get better writers for him to have a good movie like the first Transformers movie

I knew what I was getting into when I started to watch this film on Netflix. With that said, I somewhat enjoy the outrageous action. The story, not so much. It can be way too ridiculous. Regardless, Ryan Reynolds makes this entertaining enough, and really what more can you ask for? 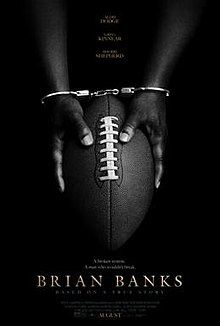 (Sidenote: Brian Banks- This was an interesting true story about a high school football player phenom, gets convicted for a crime he didn’t commit, and his story to get exonerated to pursue his dream to play in the NFL. As I said before, it is interesting, but honestly, it felt more like a run by the numbers biopic. Not only that, I felt it had a documentary vibe as well, which is not a good thing for a film. With that said, it is inspiring in the end about perseverance and faith!!!
Real Rating: 3.5 Stars)