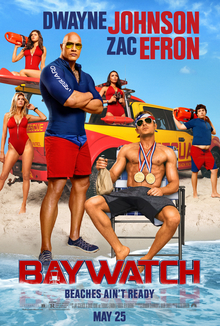 Baywatch may be the typical dumb story, but at least it had a few more laughs than expected!!!

-There were some humorous moments that actually made me laugh, and the blooper scenes at the credits are pretty funny as well
-The action scenes were pretty cool for the most part

-The cameos of original Baywatch stars David Hasselhoff and Pamela Anderson didn’t make sense to me. Mainly because their cameos are from the original TV show, but in the movie their characters are being played by other actors. So it really didn’t make any sense to me whatsoever, and made their cameos which was expected very dumb.

If you’re expecting to be nostalgic over the TV show, prepare to be disappointed, because it is nothing like it. If you’re coming into this for the laughs in this comedy, you may be mildly disappointed. If you’re coming to watch a masterpiece, you may not want to waste your time. For this film, it is a typical action movie only with lifeguards. For a comedy, it was all right. I had a few laughs, but that’s about it. At the very least, it was what I expected!!! 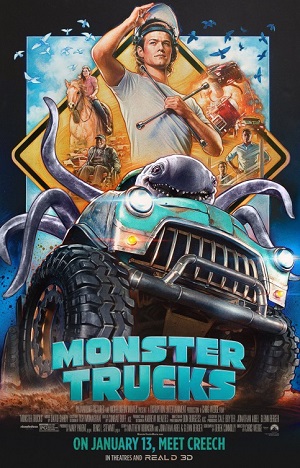 (Sidenote: Monster Trucks- (The first for 2017) I didn’t have great expectations before watching it, and it pretty much met my low expectations. I give it credit for special effects and action with the monster and the truck action sequence. However, the story was too juvenile, and really typical. Nothing really spectacular in watching this.
Rating: 2.5 Stars)